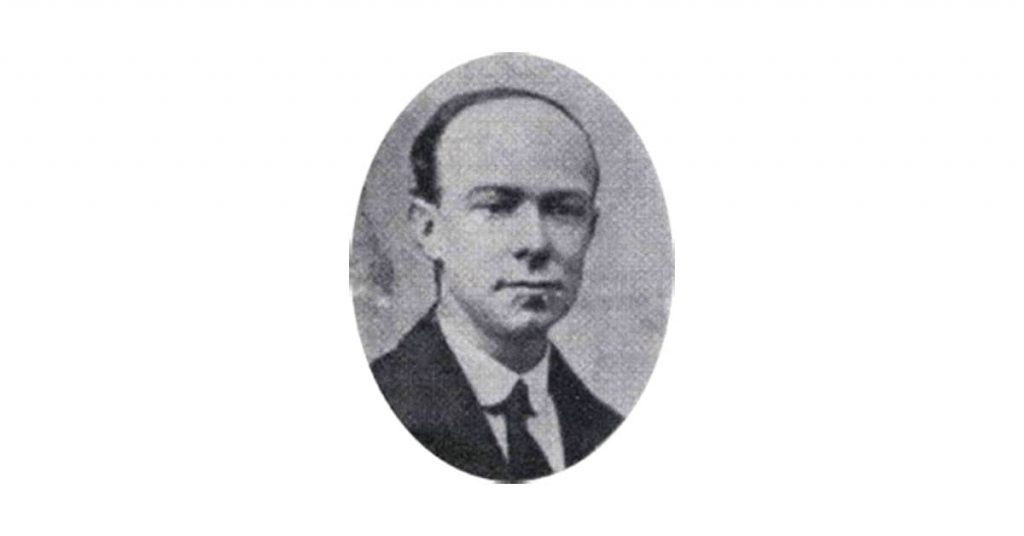 An intriguing three-day programme of events has been launched for Joseph MacDonagh Centenary Weekend, to honour the vast and largely unheralded legacy of the younger brother of poet and patriot Thomas MacDonagh.

Taking place on the 100th anniversary of Joseph’s death, and coinciding with Culture Night 2022, Thomas MacDonagh Museum in Cloughjordan will be hosting a series of events on the weekend of September 23rd-25th, 2022, and a limited number of tickets are now available to purchase online.

The Centenary Weekend will include talks on the life and legacy of Joe MacDonagh – a prominent politician in post-1916 Ireland who died 100 years ago in December 1922 – and in particular his political career and influence during the development of Ireland from 1916 to 1922 and his contribution to the fight for Irish freedom.

The programme will be of interest to a wide audience including historically curious Leaving Cert and TY students, undergraduate and graduate students, history teachers and those who would like to develop their interest in history and local history, heritage and culture.

Sunday, September 25, 11am-3pm – A War of Independence Bus Tour hosted by renowned local historian John Flannery will highlight points of interest in north Tipperary which were affected by the War.  Starting and ending in Cloughjordan, the tour will visit sites in Moneygall, Roscrea, Shinrone, Borrisokane and Modreeny.

This project has received funding as part of the Tipperary Commemorations programme with funding from Tipperary County Council and the Department of Tourism, Culture, Arts, Gaeltacht, Sport and Media.

The Joseph MacDonagh Centenary Weekend marks the first event in the Thomas MacDonagh Museum’s History School. The annual programme will be led by historians and academics, who will invite you to explore specific historical figures, periods and events.

Joseph MacDonagh – In 1934, a retrospective on Joseph MacDonagh’s life in the Irish Press called him ‘the greatest young Irishman of his day’. Incredibly, this remains the only major retrospective of this extraordinary – though forgotten – figure of the Irish Revolution. So much more than the youngest sibling of a signatory of the 1916 Proclamation, Joseph, or ‘Joe’ as he was affectionately called by his friends, was a major player in the Irish revolutionary movement.

After the execution of his brother Thomas, Joe used his formidable skills to occupy a number of key roles in the fight for Irish independence, including political activist, TD, Minister for Labour, propagandist, city councillor and political prisoner. Taking the anti-Treaty side of the Civil War, his death following an illness during his final imprisonment in the midst of the conflict did much to obscure his historical legacy.

Gerard is a historian from Skerries in north county Dublin, with an MA in History from DCU. In 2017, he organised the Muriel MacDonagh Centenary Weekend, marking one hundred years since the tragic death of Thomas MacDonagh’s widow in Skerries. In March 2023, Merrion Press will publish his biography on Liam Lynch, the IRA Chief-of-Staff.

Cormac Moore – Writer and historian Dr Cormac Moore joins the Joseph MacDonagh Centenary Weekend to provide an analysis of Joseph MacDonagh’s role as Director of the Belfast Boycott in 1921 when it was most rigorously pursued, and an overall assessment of the effectiveness of the boycott as a means to thwart Belfast and northern business interests, and damage partition.

Cormac is a historian with Dublin City Council on its Decade of Commemorations Programme. He has a PhD from De Montfort University in Leicester. He is the author of Birth of the Border: The Impact of Partition in Ireland (2019), The Irish Soccer Split (2015) and The GAA V Douglas Hyde: The Removal of Ireland’s First President as GAA Patron (2012). He is currently writing a book on Laois and the Irish Revolution and is an editor of the upcoming Atlas of Irish Sport.

Anne Marie McInerney  has a PhD in modern Irish history and is working on a publication based on military internment in the Irish Civil War.

Denis Marnane – Author Denis Marnane will offer a detailed overview of events in the county of Tipperary during the Civil War of 1922-23.

Joe MacDonagh – Dr MacDonagh is the grandson of Joseph MacDonagh and grand nephew of Thomas MacDonagh. By profession he is a registered psychologist and lecturer.