Thomas MacDonagh is best known as one of the leaders of the Easter Rising of 1916 and is the only Tipperary signatory of the Proclamation of the Provisional Government. The people of Cloughjordan are honoured to count him as a native son. They read with pride the many references he has made, through his poetry, to the places and events of his childhood, happily spent in Cloughjordan. 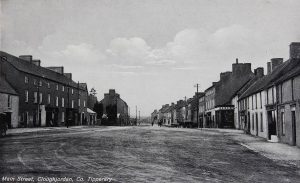 Thomas Stanislaus MacDonagh was born on 1 February 1878 in Cloughjordan to Joseph MacDonagh and Mary Louise MacDonagh (née Parker). He was the third child and eldest son among six surviving children (four sons and two daughters; three elder children had died in infancy). 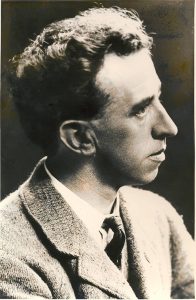 MacDonagh was sent to Rockwell College where he remained on as a trainee teacher intending to join the Order of the Holy Ghost Congregation. Finding he did not have a vocation, he moved to a post, teaching English and French at St. Kieran’s College, Kilkenny. While here he became deeply involved in the Gaelic League. At this time, he published his first collection of poetry Through the Ivory Gate. Knocknacree, in which he refers to happy memories of the woodlands frequented in his youth. 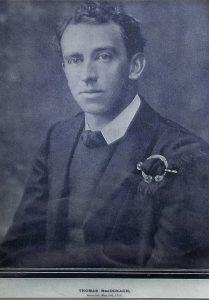 MacDonagh taught in St. Colman’s College in Fermoy, Co. Cork. During that period, he co-founded the Association of Secondary Teachers of Ireland (ASTI). He also became vice-president of the local branch of the Gaelic League. His best-known translation comes from this period; Cathal Bhuidhe MacGiolla’s poem An Bonnán Buí (The Yellow Bittern) and he published two books of poetry, April and May (1903) and The Golden Joy (1905). Appointed assistant headmaster at Scoil Eanna, Oakley Road, Ranelagh, his association with Padraic Pearse began. 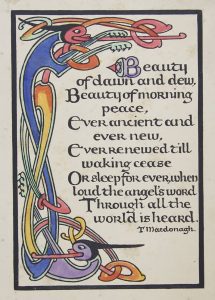 By now he had met W.B. Yeats who began advising him on how to develop his talent. He had also met Arthur Griffith, founder of Sinn Féin, pacifist Francis Sheehy Skeffington and writers Pádraic Colum, George Russell and James Stephens. 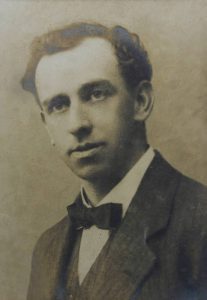 MacDonagh spent a while in Paris before returning to his studies. He was awarded an M.A. degree, with 1st class honours, from University College Dublin. His thesis, A study of Poetry and English Literature, led to his appointment as UCD assistant lecturer in English. 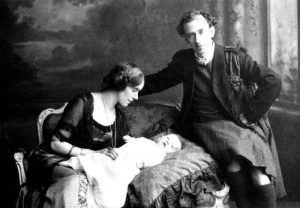 MacDonagh married Muriel Gifford from Dublin on 3 January 1912. Her sister, Grace, later married Joseph Mary Plunkett, who was also to become a signatory of the Proclamation. Thomas and Muriel had a son, Donagh, and a daughter, Barbara. These were happy, busy years filled with family and scholarship. MacDonagh’s scholarly study Thomas Campion and the Art of English Poetry was published that year. Lyrical Poems was published, described by Thomas as containing “all that I wish to preserve of my previous work”. Reminiscences of Cloughjordan inspired two poems in particular: The Man Upright and The Night Hunt. 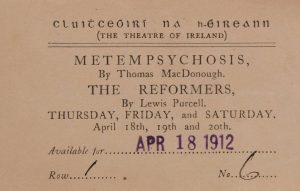 1913 Republicanism and the Easter Rising

MacDonagh was a staunch member of the Irish Women’s Franchise League and a member, with Joseph Plunkett, of the ‘Industrial Peace Committee’. As a member of this committee, he supported the strikers during the Dublin Lockout and aimed to achieve a fair outcome to the strikes. MacDonagh was also active in Irish literary circles becoming editor of the Irish Review and co-founding with Joseph Plunkett, the Irish Theatre. The Irish Review was a magazine, published between 1911 and 1914, which gave a number of well-known Irish intellectuals, literary figures and activists a forum to showcase and discuss their views. During 1913, Thomas went, with Joseph Plunkett, to a meeting of the Irish Volunteers and joined its newly established provisional governing committee, going on to become Commandant of Dublin’s 2nd battalion and following Commandant of the Dublin Brigade. In 1913, the events of Bloody Sunday, garnered a shift in MacDonagh’s attitudes and he immersed himself in political activism. 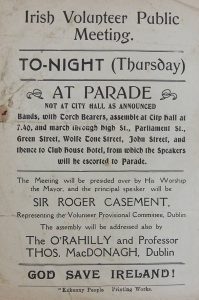 MacDonagh co-organized the Volunteers’ march to Howth to receive the guns landed by Erskine Childers aboard the yacht ‘Asgard’. After the outbreak of World War 1 the volunteers split over the issue of joining the British Army. MacDonagh sided with Eoin MacNeill, against John Redmond, who supported the Volunteers signing up. The Nenagh Guardian reported on a public meeting held in Cloughjordan at which Thomas expressed his views. MacDonagh was appointed to the General Council of the Volunteers and became Director of Training. 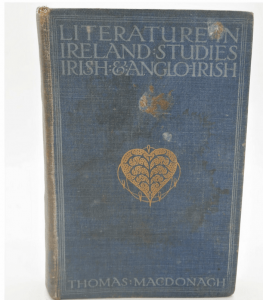 In July 1915, MacDonagh was chief organizer for the funeral of O’Donovan Rossa. The following September he was stage directing in conjunction with Edward Martyn and Joseph Mary Plunkett. His play Pagans was staged in the Hardwicke Street Theatre. He continued his work on Literature in Ireland, his classic work of literary criticism, which forms a study of the relationship between language and history. 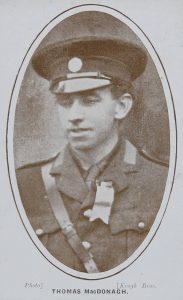 Although heavily involved in the Irish Volunteers, MacDonagh was a late addition to the group of leaders of the 1916 Rising. In April 1916 MacDonagh joined the secret Military Council, planning the rising, only weeks before the rising actually took place. During the Rising, MacDonagh’s battalion was stationed at the Jacob’s Biscuit Factory. The veteran Fenian John MacBride joined them as second-in-command, although the battalion at Jacobs factory saw little action on the day of the Rising. MacDonagh received the order to surrender on April 30. Following surrender, MacDonagh was court martialed and executed by firing squad on 3 May 1916, aged just thirty-eight.